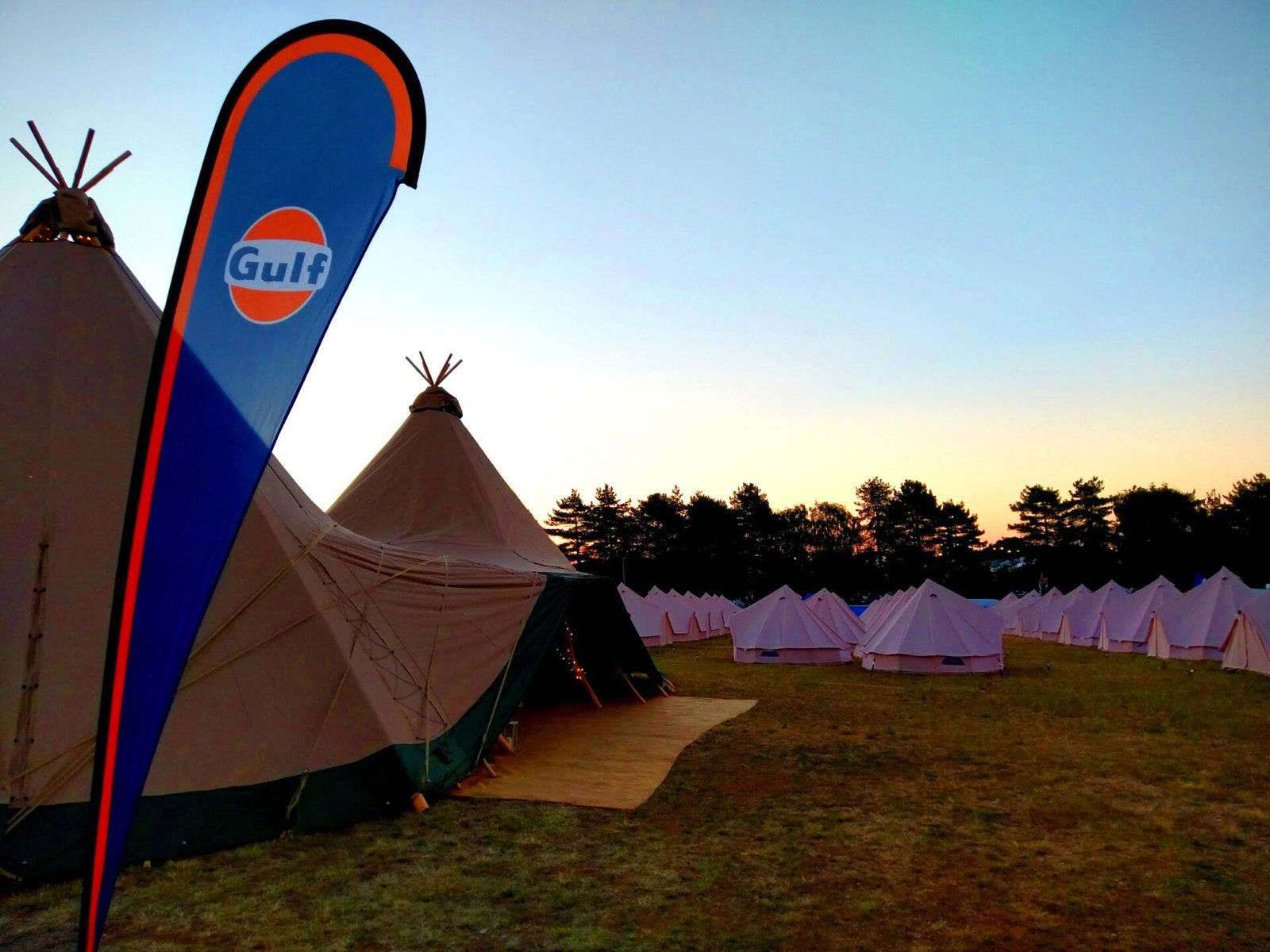 In June 2017, the Cotswold Tipis team went to the Le Mans 24 Heure Endurance Race in north-western France to create a corporate tipi event for their clients at Gulf Oil.

This was not the first time Cotswold Tipis’ Giant Hat tipis had been the feature of an exclusive VIP area, in fact just the week before they were being taken down from the VIP area at Camp Cardiff, the designated campsite for the UEFA Champions League Finals in Cardiff.

Gulf Oil chose to create this exclusive VIP camping area for a few special guests to celebrate the 50th anniversary of Gulf Racing’s iconic Blue and Orange colours in 1967. The 60 guests were accommodated in private Bell Tents and wined and dined in the Tipis by French fine dining caterers. The campsite itself was situated just 200 metres from the Race Track. The sound of the race cars was a constant throughout the whole duration of the event. 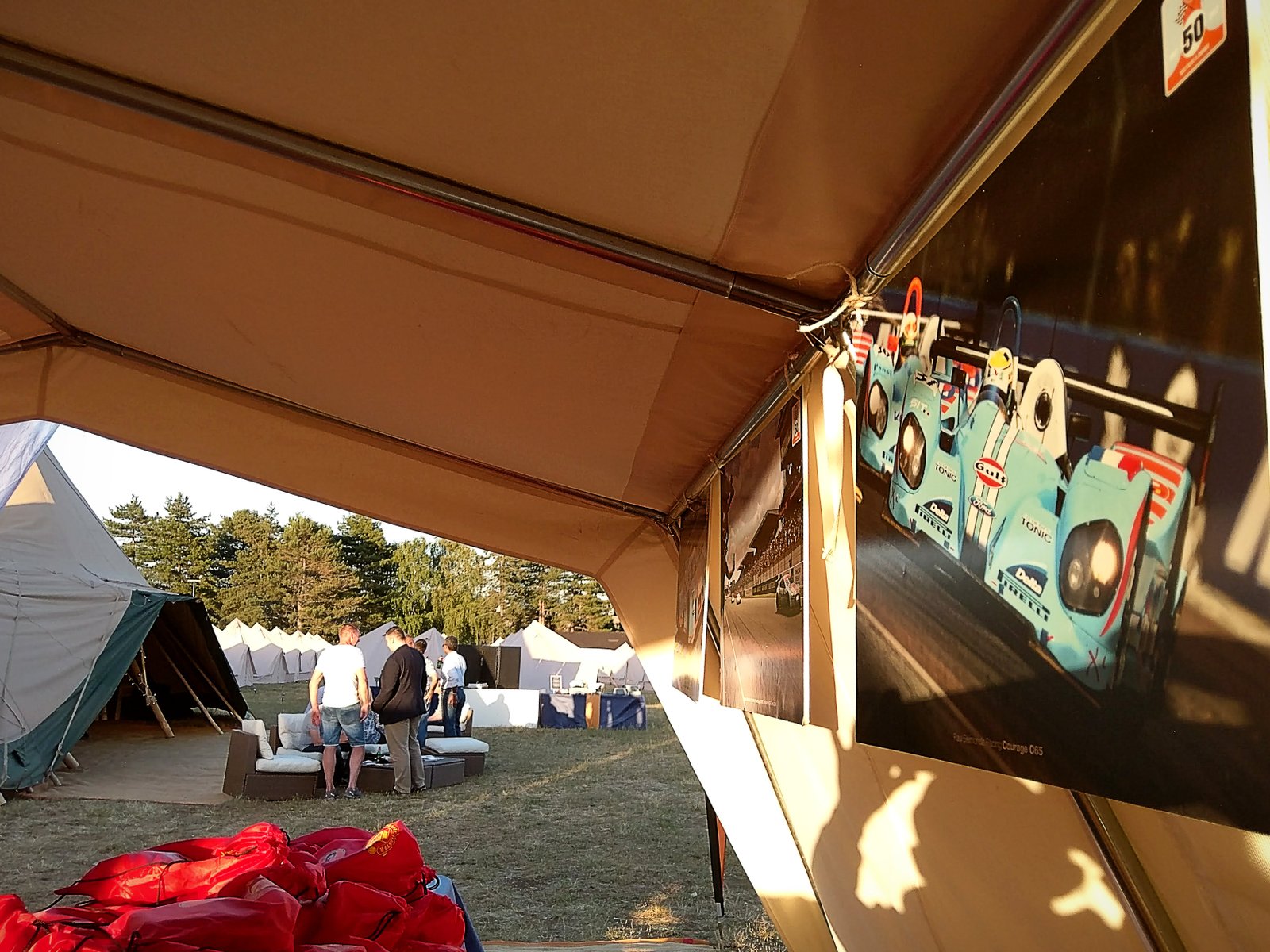 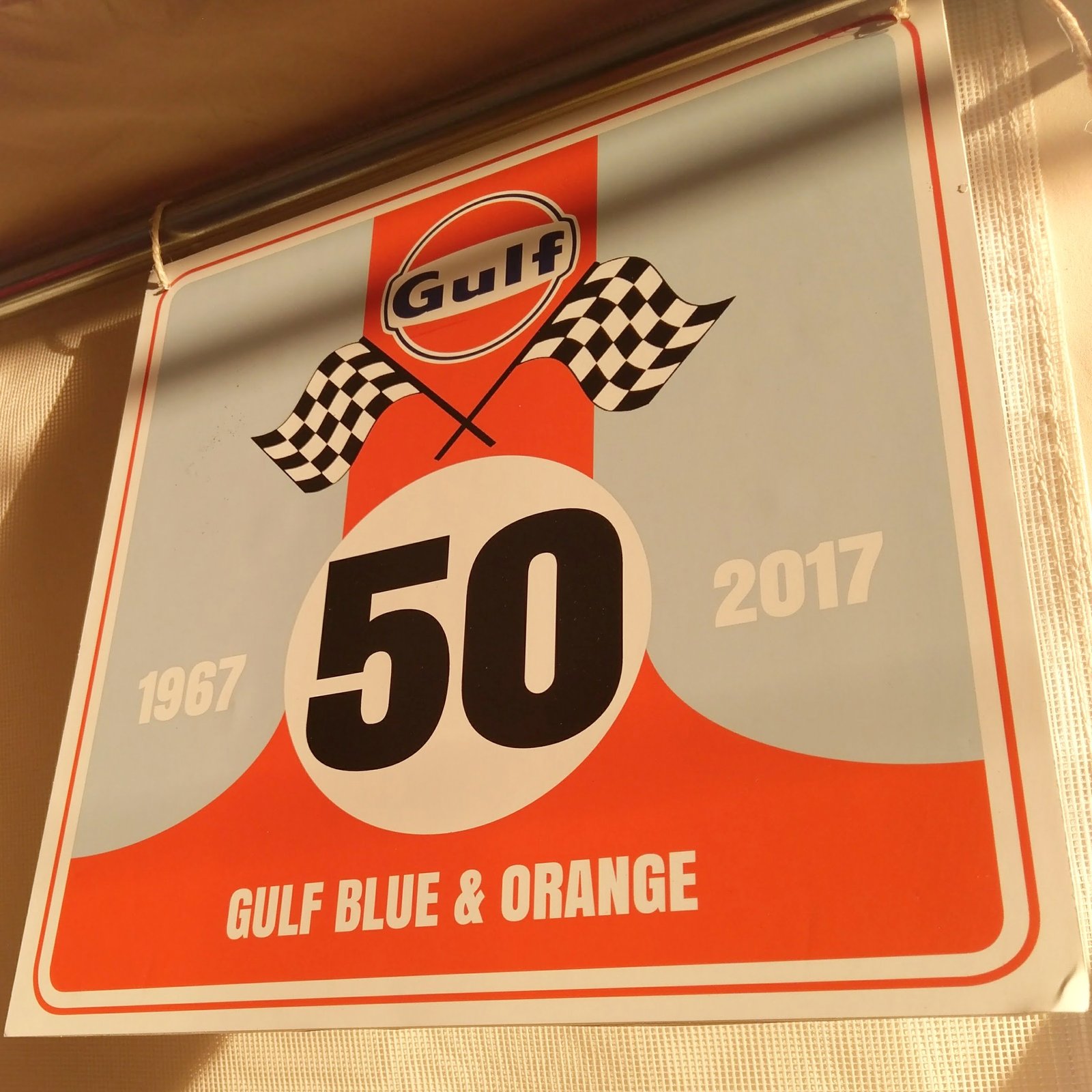 Gulf Racing has been synonymous with the French endurance race since the 1971 Steve McQueen movie Le Mans. Guests had access to their own toilet and shower facilities, maintained throughout the event by the Cotswold Tipis team. Just beyond the tree line was a stretch of the 13.6 kilometre circuit, known as Circuit de la Sarthe, where the 60 participating cars roared for 24 hours in this world famous endurance race. 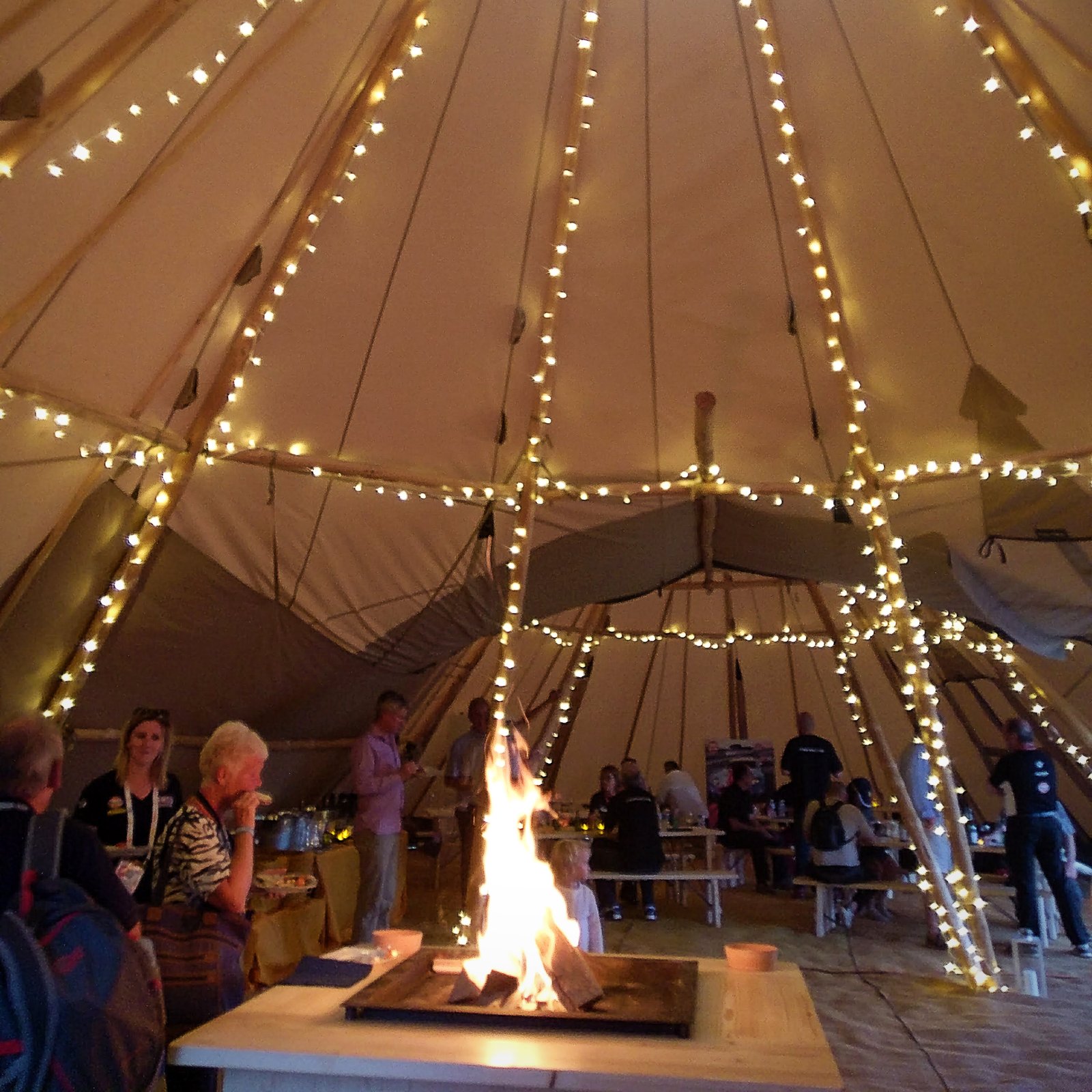 While Europe embraced a heatwave, we were also blessed with some spectacular sunsets! We had a wonderful time creating this special experience for our clients and being a part of their 50th anniversary celebrations. We love creating extraordinary events for our clients, whether it’s a private or public event, for product launches, brand activation, celebrations, work parties or team building days. The Cotswold Tipis team has years of experience working with some of the world’s biggest events.

If you are interested in how you can create an incredible corporate tipi event that meets your requirements, please get in touch and we’ll be happy to talk through your ideas.